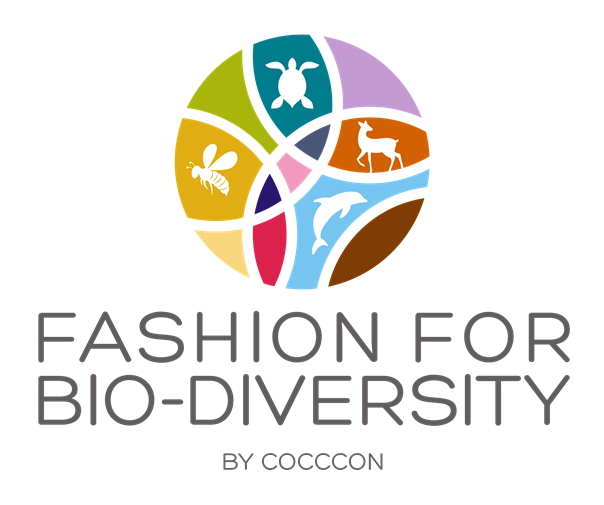 Excessive use of chemicals has destroyed or threatened the existence of many species of herbs, plants, birds, animals and insects. It has also resulted in more common unexpected environmental disasters and drought in textile producing regions.

Each species has an important role to play in our ecosystem. Various plant and animal species are dependent on each other and these diverse species ensure natural sustainability for all life forms. A healthy and solid biodiversity is able to recover itself from variety of disasters if the environment is favorable.

When project Cocccon took over the conventional silk farm in 2011, the soil was completely fruitless and dying due to the excessive and unnecessary use of chemicals. Micro-organisms were also removed from the area. Project Cocccon has stopped and banned the use of all these so-called high–yield sericulture sprays.

In substitute of chemicals, a natural compost is used, and complete sericulture has been re-established as per pre-industrial methods.

Further toward sustainable development certain innovative methods have been developed to control pests and fungus from the host tree. The host tree is covered with a large net to enhance protection from potential predators.

A liquid solution has been developed by blending plants with medicinal properties such as Guizotia abyssinica (ramtilla), Azadirachta indica (neem), and Brassica juncea (India mustard). This unique blend produces a 80% similar outcome as chemical fungicides and pesticides yet without any toxic side effects towards the ecosystem.

This has resulted in reclaiming the lost biodiversity of nature in the region. In 2015 the first new growth grass appeared from the dead soil. Microorganisms began to come alive again. Rebirth of different wild grasses in the soil, was also witnessed in 2015 which is now used as cattle feed. Additionally, the silkworm litter or faucal matter is utilised as high-class organic manure for our farming. An outstanding positive result appeared with rice-cultivation in 2017 after four years of trialing. Currently Potatoes, Pulses, Turmeric and local vegetables are also grown for personal usage. This Multicrop system has increased fertility of the soil.

Sericulture or silk farming is the rearing of silkworms to produce silk. It is mainly occurring in free nature and in some cases, indoor. In this process, the use of any kind of pesticides or genetic spray over leaves or trees is not performed. To keep silkworms safe from harmful insects or birds, large mosquito netting is attached to protect each tree where the silkworms live and breed.

Once cocoons are ready, they are placed indoors on a bamboo platform. In case of Tussar silk, the cocoons are hung vertically from the ceiling using jute strings. In approximately one week, silk butterflies (moth) hatch out themselves or in some cases the cocoons need to be pierced by well-trained staff. After checking each empty cocoon, they are forwarded to our degumming department. That is why our silk is known as Peace silk or non-violent silk.

These Moths have contributed a lot in increase in local Pollination. Many flowering plants have returned in local ecology after decades.

The process of eliminating “Gum (sericin)” and impurities from raw silk is known as degumming of silk. This is done by adding natural bio soap in the hot boiling water. This process requires a lot of energy, because water has to be boiled at 100 degree C constantly for minimum of 6-8 hours a day. Conventionally firewood is used which is not good for environment and human health. Contribution in greenhouse gases and global warming is huge. Use of water is high and wastewater management doesn’t exist conventionally. At project cocccon, use of solar power has been used since 2016 to irrigate water and also to boil it. Zero emission system.

Because of cocoons being without silkworm or pupae, use of heavy bleaching for cleaning is not required. Occasionally hydrogen peroxide is used to make different shades of silk yarn uniform. This is ecofriendly and approved by REACH & GOTS. The use of toxic metals during the degumming process of ´silk- weighting´ to make silk yarns heavier by including Chromium, Barium, Lead, Iron or Sodium magnesium is not permitted and completely forbidden in our production.

Project Cocccon promotes silk-weaving on Handloom to generate employment in rural India and to reverse migration from big-cities. Around 90 handlooms are in action any time and another 40 reserved for peak season. Eight out of twenty power looms have been upgraded with solar powered motors. Spinning and reeling is completely processed either manually or with solar machines. This makes 70% of our spinning and weaving operation zero-carbon.

Packing and storing of the product is mainly done with jute bags or reclaimed cardboards. Transport of cocoons or ready yarns to weavers in different areas of Jharkhand is done by public transport state roadways or Indian railway.

Water usage is minimised in our production process with reclaiming used water by filtering the old used water. Residue from cocoon degumming is used as compost for agriculture.

This confirms fashion and destruction of ecology & biodiversity are not synonymous to each other. This is all about making textile with responsibilities for our next generations. This sustainable relationship is good for everyone including business. We call this Fashio4Biodiversity.